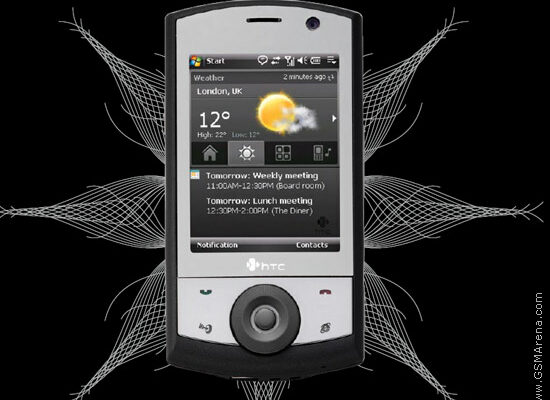 One of the most prolific makers of smartphones and PDAs, HTC, has been bringing out a slew of devices onto the Australian market.

Today we will be reviewing the Touch Cruise which is a GSM phone (not suited, however, for the NextG network). One of the main features of this device includes the TouchFLO technology that will allow you to scroll, pan and zoom in on your photos as well as access different programs. Another key feature is the built-in navigation software from ALK technologies: Co-Pilot Live. Let’s have a look at the other features that make this phone an outstanding choice if you are happy to use the Windows Mobile platform.

In fact, these days if there is no good first impression they won’t be a chance for a lasting impression in many cases.The HTC Touch Cruise is a perfectly sized specimen. By that I mean it fits very well in your hand, not as big as an iPhone nor as small as a Nokia 6230 to give you some references. Compare it with a Nokia N95 and you’re pretty close as far as size is concerned. See below for the exact specs. The slightly rubberised sides ensures it’s not slippery, a key factor for my comfort!

The fairly large 2.8 inch touchscreen, whilst not VGA quality, is still more than decent and an ideal compromise between size and ease of pocketing and handling. Being a touch phone there is no need for a separate keyboard which inevitably has keys that are too small. I still like a phone that has enough hardware keys to access programs as it is undoubtedly a more secure and faster way to navigate.

Fortunately the HTC Touch Cruise has enough hardware buttons to satisfy me in that regard as well. The main one here is a dedicated navigation button to access Co-Pilot Live and another one to access the Internet. The toggle switch for volume up and down on the left side is one of the better ones I have seen and much to be preferred over the traditional separate Up and Down buttons. Just above that you’ll find a voice-dial activation button which you can program to do other tasks as well.

Let’s finish the external walk around and locate the camera button on the right. The Cruise sports a three megapixel camera with auto focus and a second camera for video calls. No flash however. The mini USB sync and charge port is not hidden behind a flap as it is in the HTC Touch Dual 850. I have never cared for these dangling flaps… The best button is a glorious magic wheel for scrolling, selecting and zooming. It’s lovely to use and should be standard on all HTC phones.

Because Co-Pilot Live is such a main feature of the HTC Touch Cruise I think it is wise to have a quick look at both the program and the implementation on the Cruise.  We reviewed a much earlier version of the Co-Pilot Live program which currently is in its seventh edition.  The Cruise comes equipped with a suction cup holder and a very smart looking car charger.  The day after I received the phone I had to make a trip to a country town nearby.  Planning a trip is quite easy and the Co-Pilot menu is a delight to use and a far cry from the first implementation that we reviewed.  The maps are much better too even though one of the main routes into the town was labelled: “requires editing”…

The HTC locks on quickly after acquiring the necessary satellites and before you move the car into first gear you’ll get your first turning instruction.  I haven’t had any problems with bum steers and Co-Pilot Live will intelligently re-route you if you choose to go a different direction or take a shortcut.

I did not have the HTC plugged into the car charger just so that I could check the battery usage over these two hours.  It will suck the juice quite quickly in this mode as there was only 50% power left upon arrival.  In standard mode the battery use is fairly decent: you will easily get two days out of it.

Not everyone will be comfortable using Windows Mobile on their phone.  It can be a bit sluggish, not helped by the 400 MHz QUALCOMM chip.  It also takes a fairly long time to boot up: up to a minute.
Having said that, there are certain advantages of using Windows Mobile.  There are an infinite number of programs available and being able to do handwriting instead of typing out your messages or e-mails is a distinct advantage.

My biggest worry in using smartphones is always the fear that the phone comes off second best compared to, say, a Nokia which started out as a phone company primarily.  No such fear with the HTC Touch Cruise.  Calls are easy to make and the sound quality is crisp and clear.

Ringtone volume is not as high as I would want them in an outdoor setting.

Do I have any? Not really, apart from the fact that the screen does scratch easily so be quick to apply the supplied screen protector or use the pouch! The only reason why I would not select the Touch Cruise as my primary phone has to do with the fact that I am in a rural area for a lot of the time and that the NextG network has a better coverage for me.
From that perspective I keep my eyes peeled for the Touch Diamond which has just been released here in Australia. We may be able to have a review on that one fairly soon as well.

The HTC Touch Cruise is a brilliant piece of kit. There is no doubt about it. It has everything a modern smartphone should have, including WiFi and 3G with HSPDA, Quad band connectivity. It’s relatively generous with memory: 256Mb ROM and 128Mb RAM plus a 1Gig SD card. However, it’s kinda pricey at its official AUD1149 level.

This is mainly due to the inclusion of Co-Pilot Live, a value of AUD169.
Street pricing takes the Cruise down to a much more attractive AUD 650 or so.

Presentation of the Touch Cruise is flawless, down to the box, the full complement of accessories and one of the best manuals in the industry.
I would have wanted a faster processor for a more instant and positive control plus a NextG version for the Telstra network.